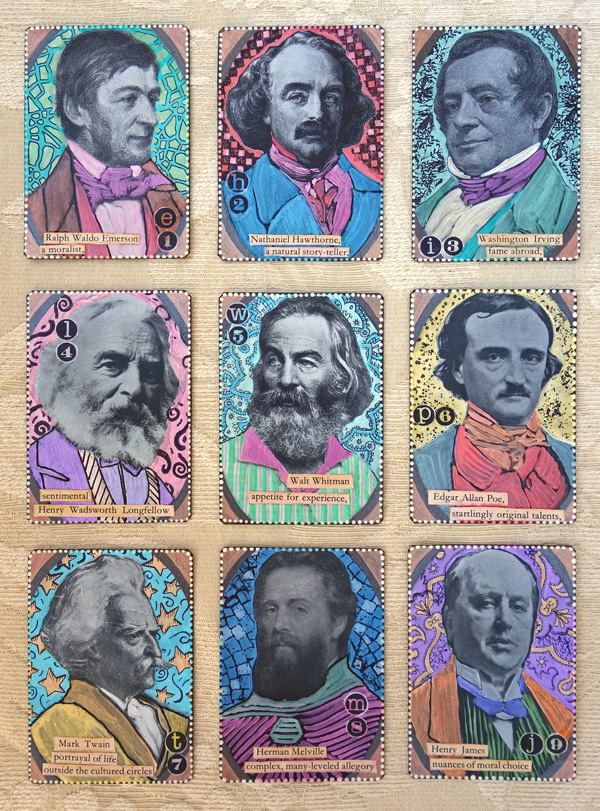 Today I'm sharing some "artist trading cards" and the inspiration came from this week's challenge at Simon Says Stamp. Making multiples might have been implied so there are nine of them.

Many times, I'll thumb through books I've collected that were saved from dumpsters to get ideas and use for collages. A page from a history book captured my eye. 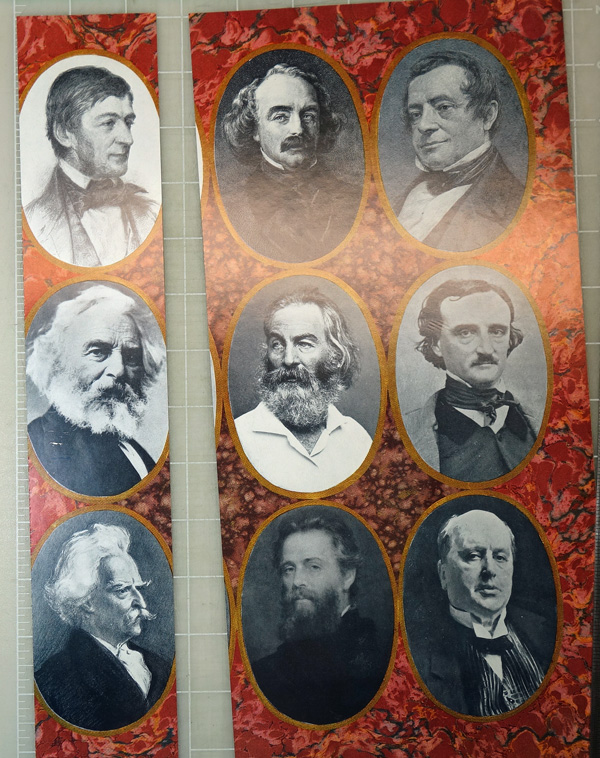 I trimmed each picture to standard ATC size, pasted them on thick cardboard, encased them with clear medium, used gesso to bring out the details and tinted them with markers. 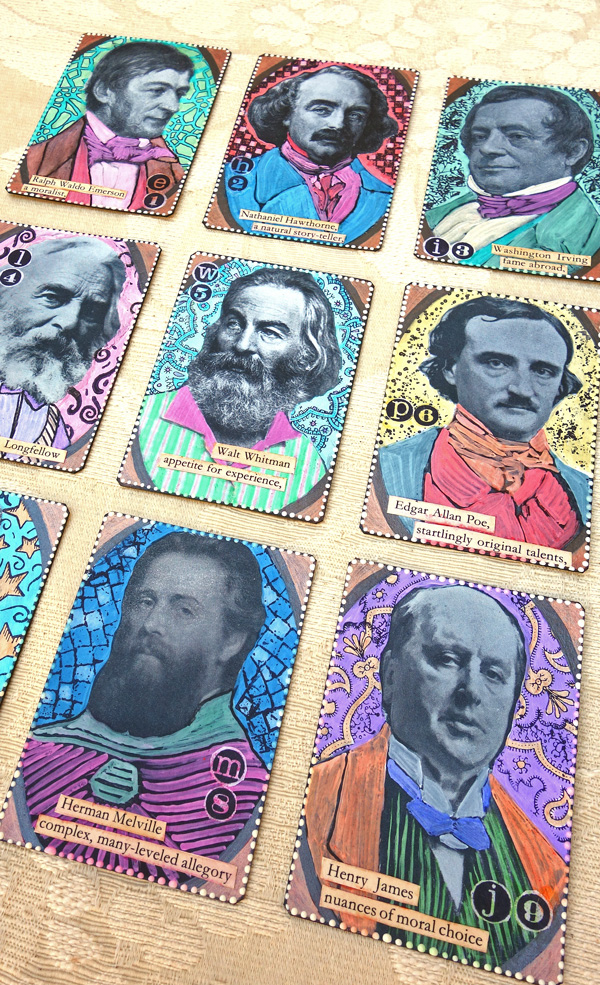 I stamped the backgrounds by masking the faces and the text came from the same book which offered up a summary of the author's style. 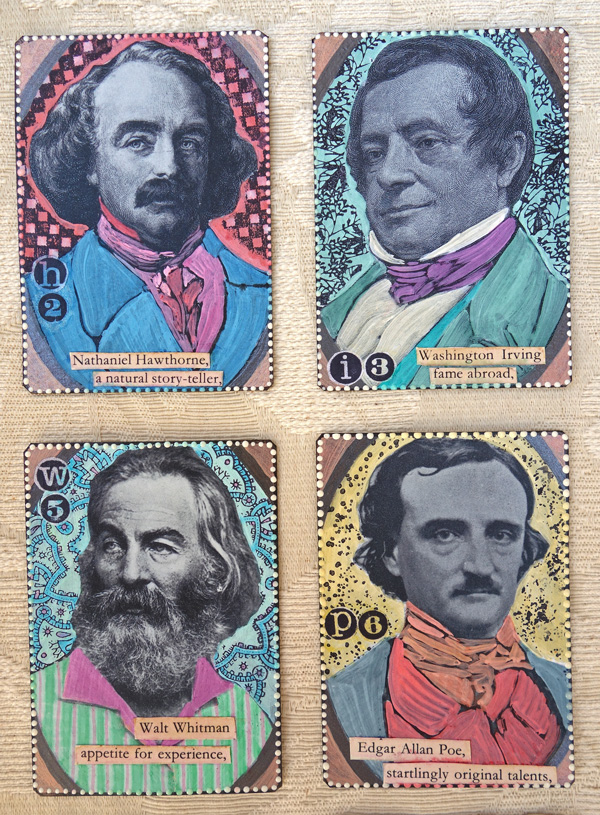 The feature that really represents my style is the use of dimensional dots along the border. If you trade cards like these and would like one just let me know--my email is in the sidebar.
7 comments:

I discovered some wonderful paper over the weekend made by Stamperia called Oriental Garden. I found an image of a woman to transfer with gel medium (thanks, British Library), then stamped postal and architectural images onto tissue paper and pasted together a collage tag.

I'm excited to see what other things I can make using this paper! 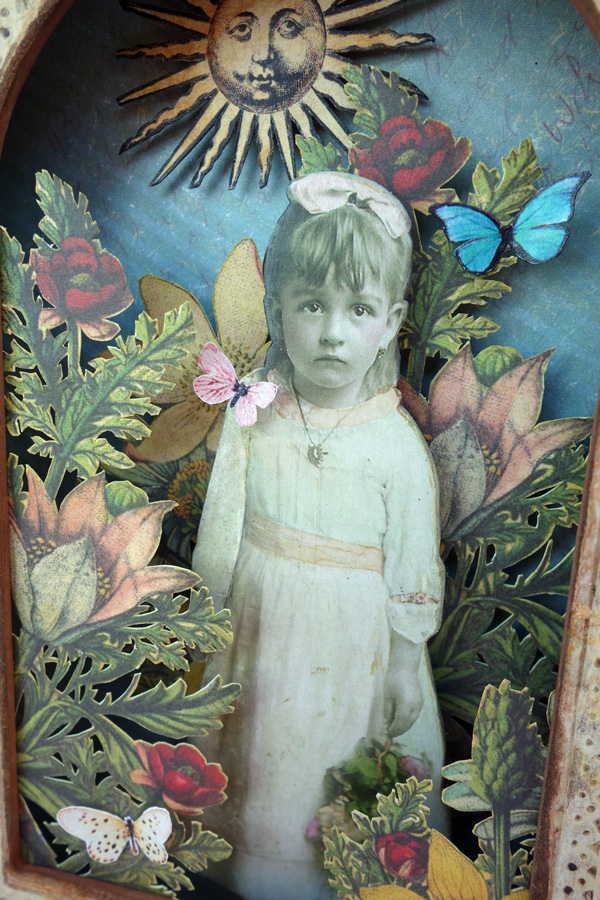 I'm celebrating summer with this project, prompted by two blog challenges: Simon's Midsummer Blues and Frilly Funkie Junkie's Let's Do It Again. The blue part is self-explanatory and doing it again meant revisiting an old project and creating a remake.

You may know that I do love fussy-cutting and especially the flowers from the Tim Holtz Wallflower paper stash. So that, along with a Baseboard Doll and Lace Baseboard Frame, was what I used to assemble this project.

It was mounted inside the back of a wooden panel that I covered with paper. The doll's left arm was originally bent up high and was altered by slicing and dicing and piecing together some baseboard from another doll. 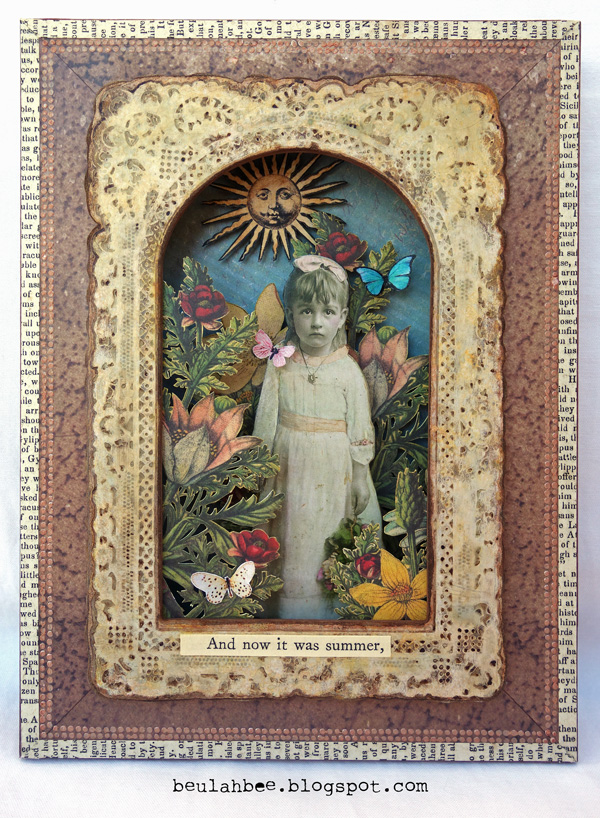 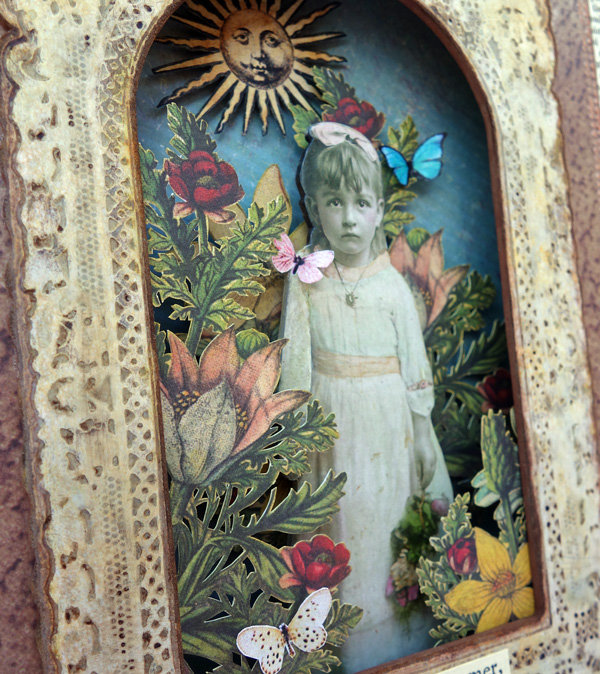 Here's the original project that inspired the "do-over." It is a Configurations Box I made for CHA 2015. Paper dolls hadn't been invented yet so I cut the girls from a Found Relative photo. It was the year the Wallflower paper stash came out and I assembled a garden for them to sit in. 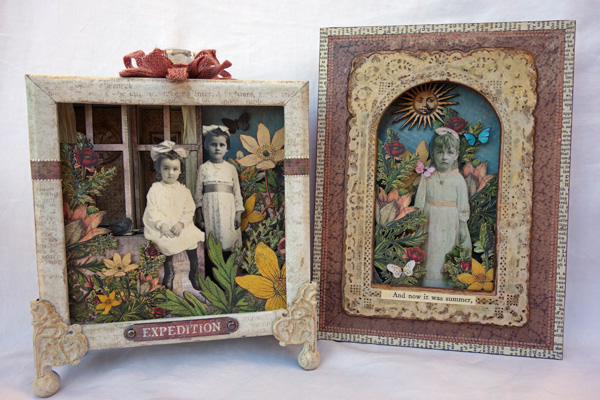 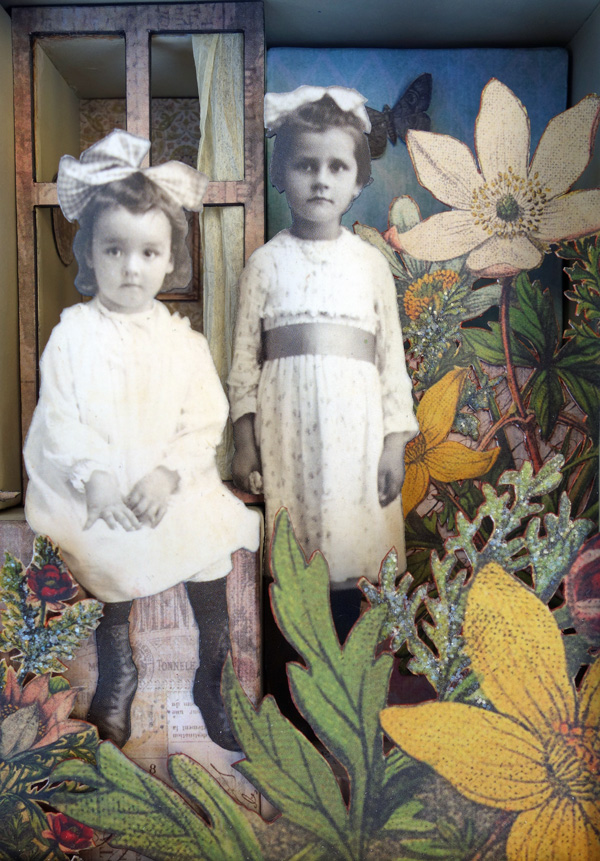 So, it is still mid-summer here in the desert and we'll have at least two and a half more months of high temps. There hasn't been any monsoons that bring rain so the dry spell weather-wise coincides with my own personal artistic dry spell and lack of posts. I'm thankful for the prompts this week and it feels so good to be working again!

Update: So proud this post became a Top Pick on the TFJB blog--thank you!
15 comments: